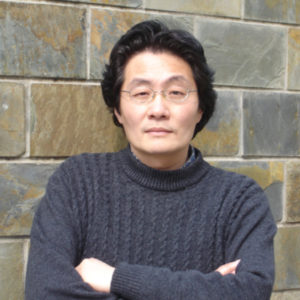 Jun zhai is a Chinese-American landscape architect, urban theorist, and educator. Zhai is Professor of Landscape Architecture at Soochow University’s School of Architecture. Zhai is also an award-winning landscape architect with over twenty years professional experience both in New York and China and the Founding Principal of E.A.S.T.scape based in Shanghai whose focus is on the re-establishment of ecological open space systems within dense urban area. He is also very interested in design and cultural issues, especially when “old” meets “new” in the vast Chinese urban context. Zhai’s teaching and research examines the relations between landscape, ecology, and contemporary urbanism, and focuses on the relationships between ecological thinking and design practices. He is author of numerous articles on these subjects, and his writing has been published on peer reviewed Journal papers in China. Through his career both as educator and practitioner, Zhai also seeks to further the dialogue of design through creative collaborations with professionals and academics on projects at various scales of complexity and context. He studied with Ian McHarg and James Corner at University of Pennsylvania where he received his MLA.

2014 Jun Zhai, From Urbanized Landscape to City as landscape: The City = Park Approaches of Scape_city,

2013 Jun Zhai, Towards a New Paradigm of Artificial Nature: From Ecological Design to Designed Ecology,

2012 Learning from Nature Should not Based on Predominance of Its Aesthetic Appearances:

2012 A Study on Scape_city Prototype based on Theories of Landscape Urbanism, Architectural Journal, 2010（11）：6－11

2009 A Train that Left a Flourishing Park in Its Wake -The New York High Line Park, Landscape Architecture/